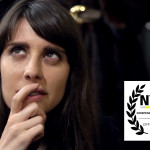 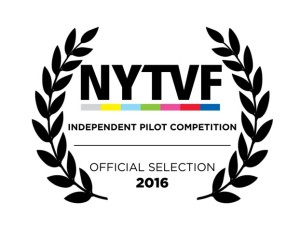 Murder She Joked, a pilot I created and produced with Phil Meister and Morgan Lord will screen at the New York Television Festival on Saturday, Oct. 29th.
The show follows standup-detective Gina Palamano as she uses her skill at early-90’s-style observational humor to solve murders. We’re very excited for the pilot to be part of such an amazing festival. 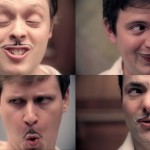 There will be a special pre-festival screening of all the Chicago comedy TV pilots that are going to the New York Television Festival. It’s Tuesday, Oct. 15th at the historic Music Box Theater.
Here’s the info. 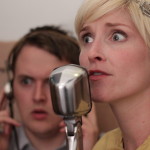 Set in 1938 on a radio station, it’s Creature Feature Radio Hour. As the show goes live from coast-to-coast for the first time to bring “The Wolfman of Mummy Island” to life before the audience’s ears, the studio is intruded upon by a strange and malevolent extraterrestrial force with the ability to change shape. No one is safe, and everyone is a suspect. The cast may be killing each other, but “the show must go on!”

Exquisite Corpse is pure, uncut sketch that takes the audience through a mixed salad of overlapping and intermingling realities, worlds within worlds, and tangents of other tangents. People and places range from the real and logical to the mythological and bizarre. Some have likened the experience to “watching a dream.”

This version of the show features the Be Good Boys! 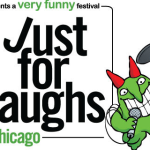 I’ll be performing with Kill All Comedy as part of the Chicago branch of the Just For Laughs festival! The show is on Saturday, June 15, at Stage 773 at 8:30pm. 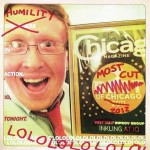 My favorite team will have our last show at iO. These are the people I love. 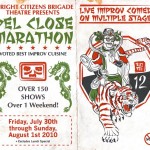